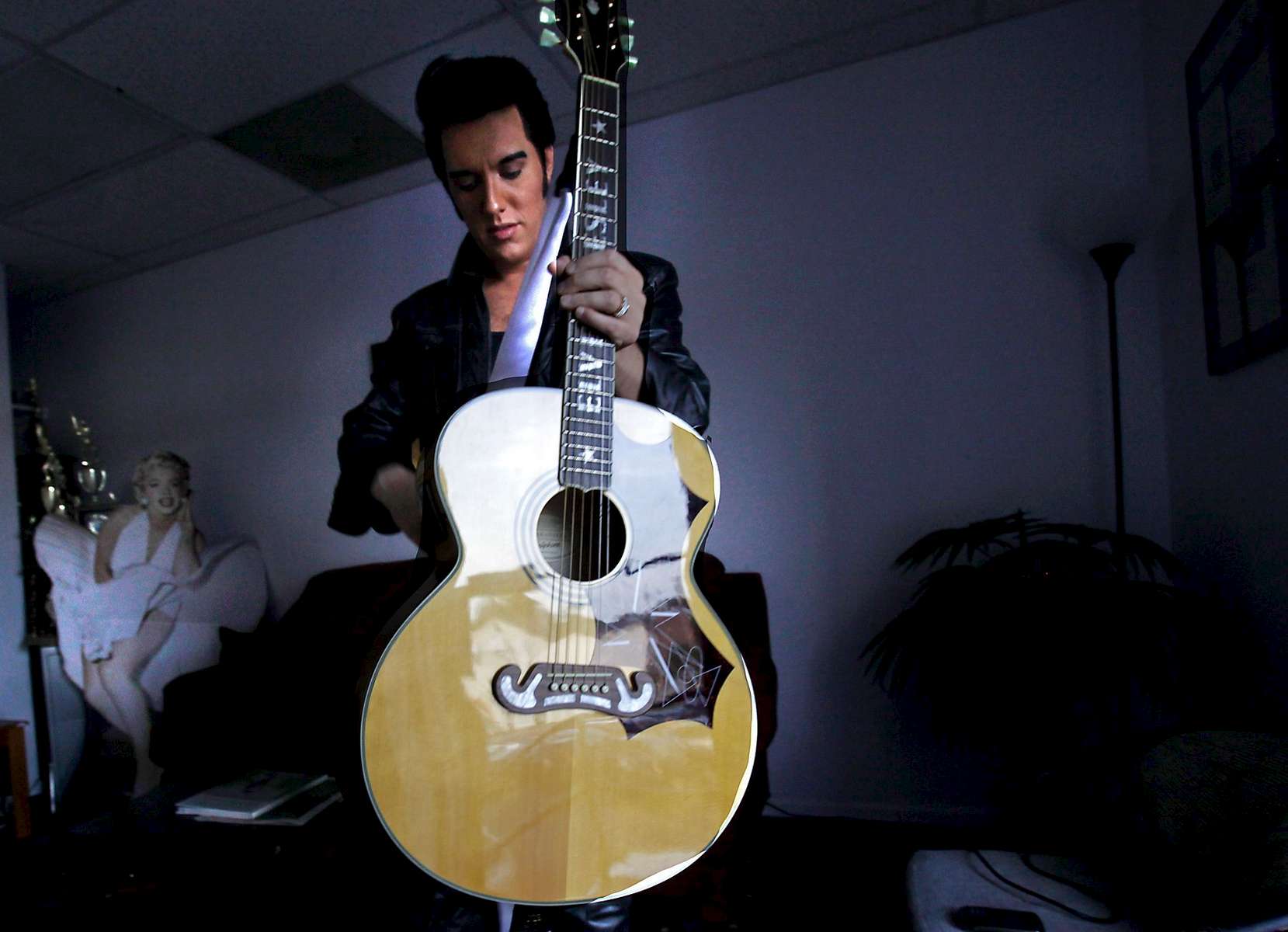 Legends In Concert Elvis tribute artist Nathan Belt prepares for a show in August while waiting in an upstairs meeting room at the Surfside Beach theatre. The McKinney, TX, native became the featured Elvis at the theatre shortly after winning an Ultimate Elvis preliminary contest at the show in 2009. According to a recent survey by Elvis Presley Enterprises, Belt is one of more than 84,000 performers whose principal occupation is paying tribute to the late king of rock.