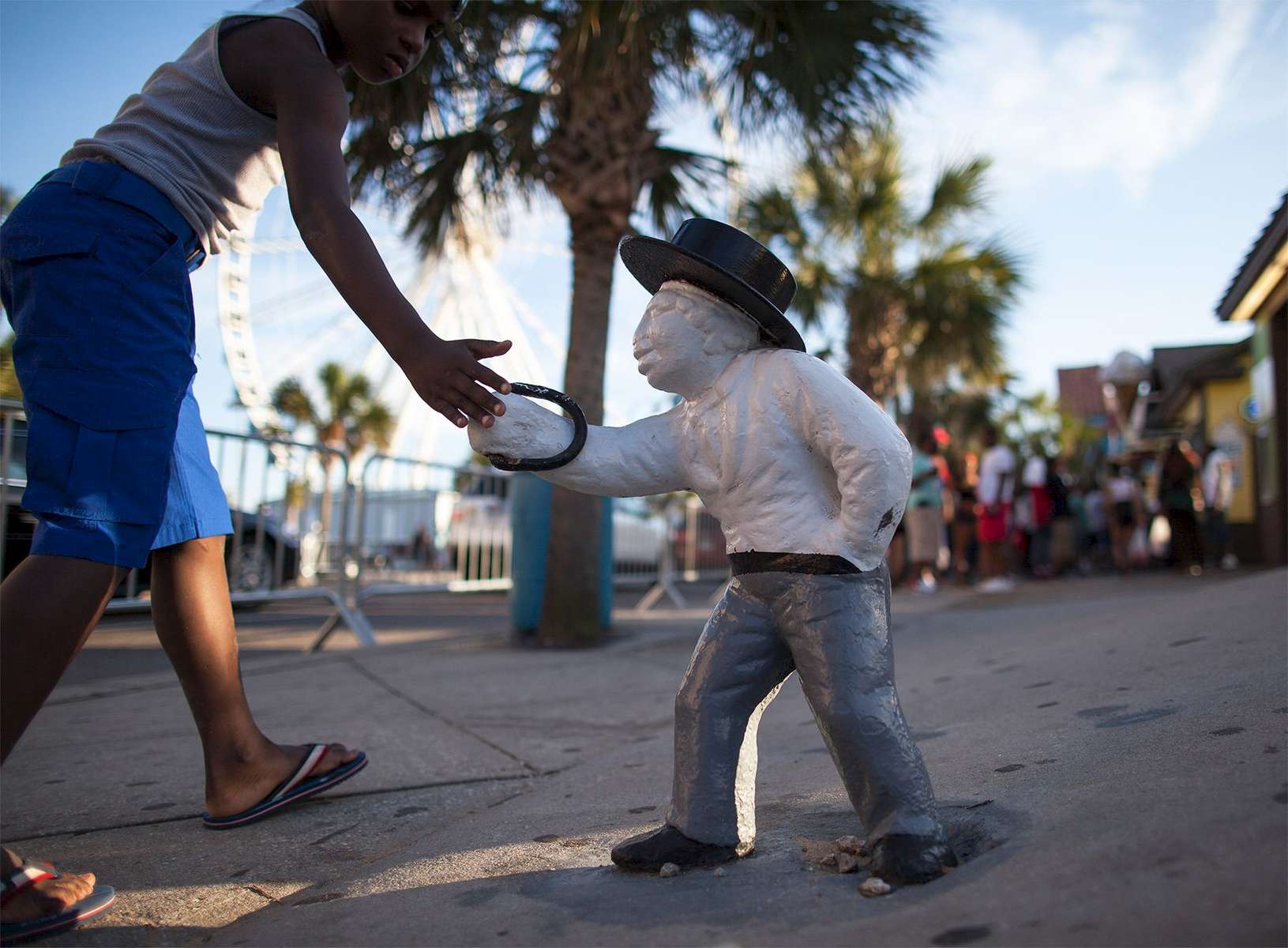 A boy touches an old racial lawn jockey that has been painted white on Ocean Boulevard during the 2015 Atlantic Beach Memorial Day BikeFest in Myrtle Beach, South Carolina May 24, 2015. After three people were killed and seven wounded in shootings during 2014 Bikefest, State officials called for an end to the event that draws thousands to the family-friendly beach town. Their efforts were unsuccessful. Bikers returned to Myrtle Beach - just a week after a bloody motorcycle gang shootout in Waco, Texas. But this time authorities are more prepared, with dozens of new surveillance cameras and a police force three times the size of last year's. REUTERS/Randall Hill