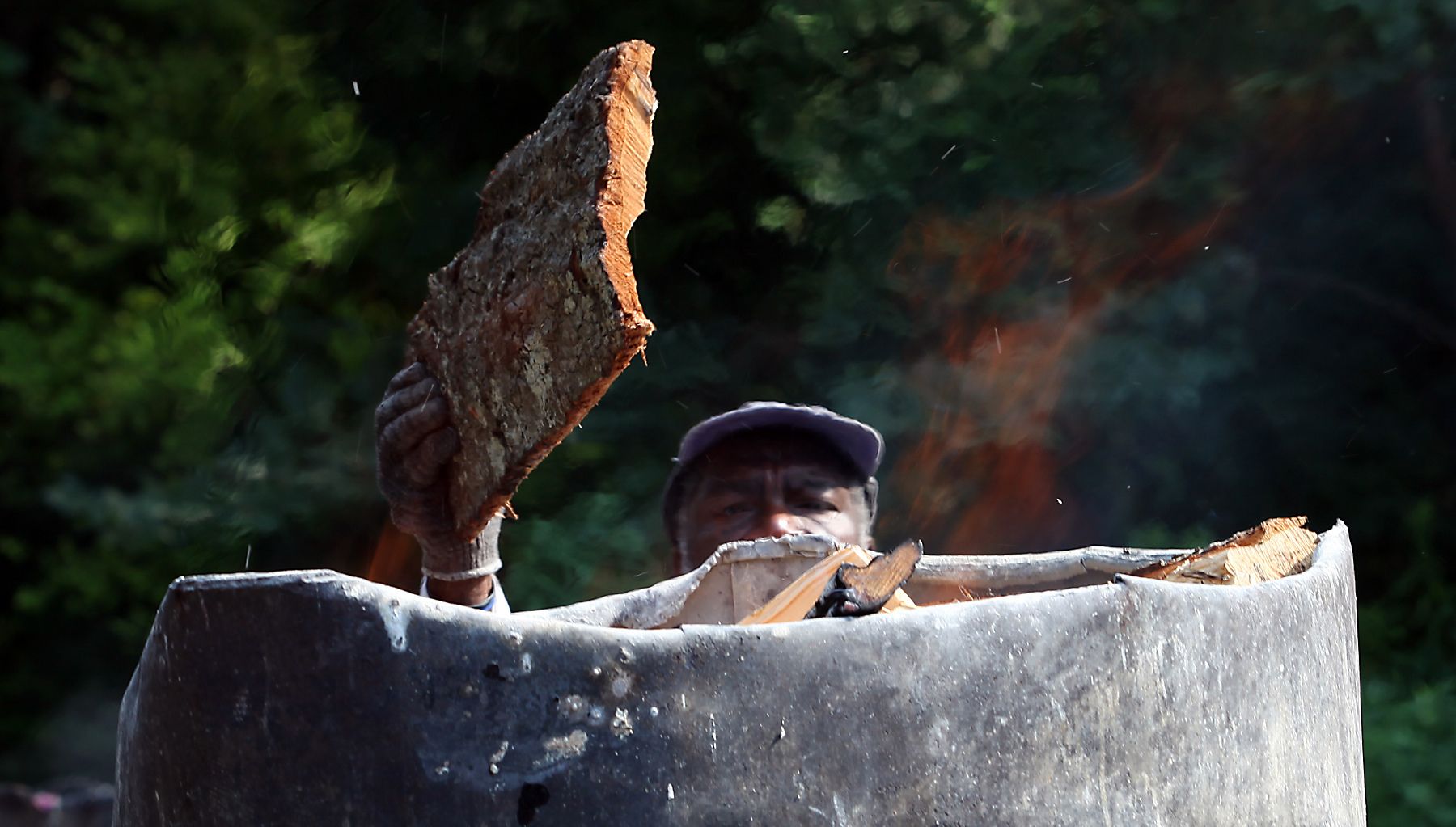 Pit worker Sam Wilson puts wood into the burn barrel while cooking BBQ at Scott's BBQ in Hemingway, South Carolina, June 20, 2012.The burn barrel helps the workers keep a steady supply of wood coals during the cooking process. The Southern Foodways Alliance and the University of Mississippi’s Center for the Study of Southern Culture made a stop at Scott's BBQ to complete the month-long trip to gather and preserve the stories behind South Carolina’s barbecue culture during their ongoing documentary project, The Southern BBQ Trail. According to food historian Rien Fertel and photographer Denny Culbert, who are conducting the study, there are only ten or 15 BBQ pits in the whole South that use the old-timey methods of fire coal pit cooked BBQ they use at Scott's. REUTERS/Randall Hill (UNITED STATES)