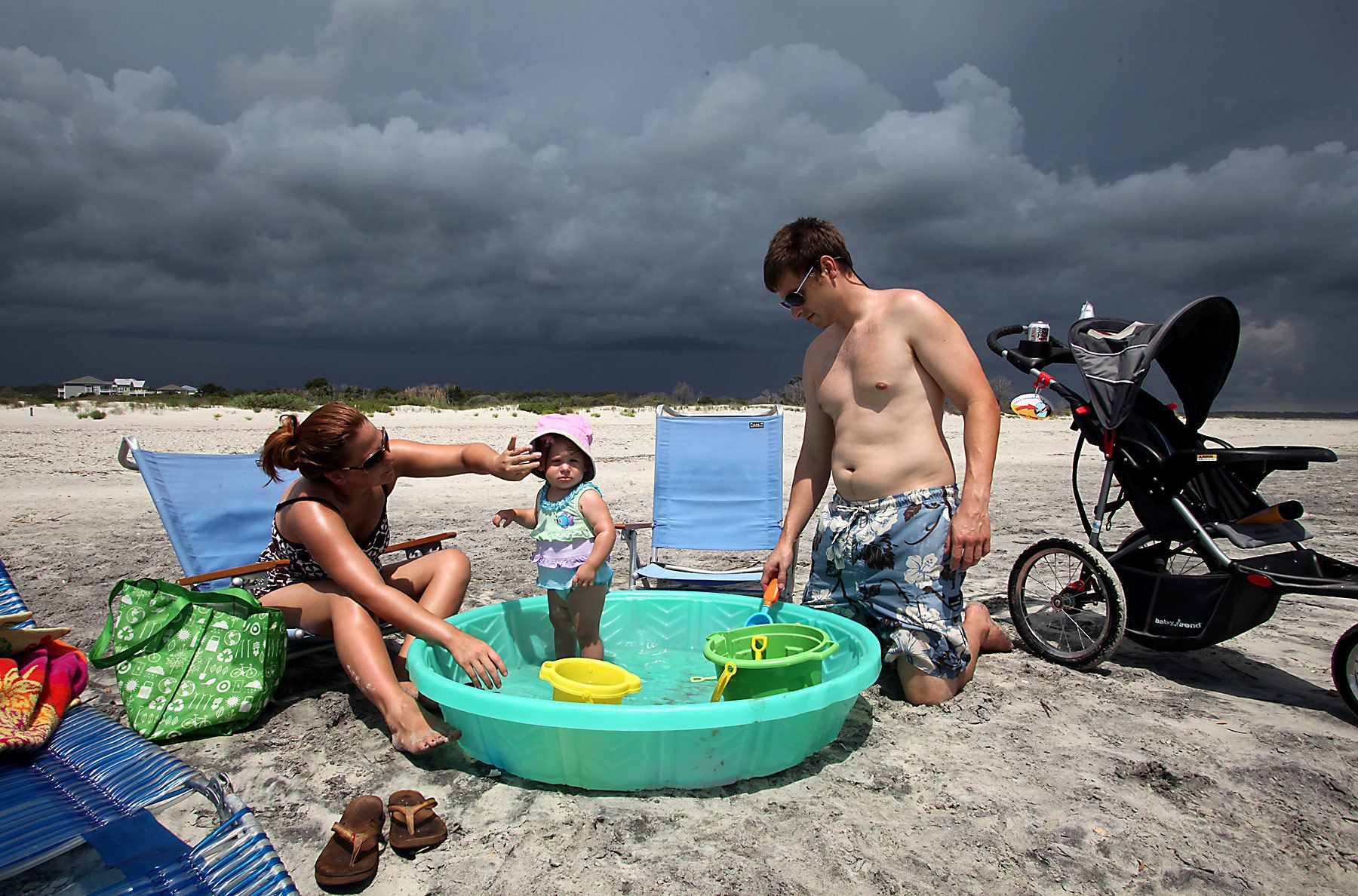 With storm clouds looming in the background, Charlotte, N.C., residents Mark and Denise Flanders and daughter Verity, enjoy their vacation August 24, 2011 on the east end of Ocean Isle Beach in southeastern North Carolina. The family has a rental house through Sunday but plan on leaving for home a day early if the winds and rain from Hurricane Irene spoil their travels to the coast. Hurricane Irene could pose a big threat to the densely populated northeast United States, including New York, as it swings up the eastern seaboard from Saturday on its current forecast track, the top U.S. government hurricane forecaster said on Wednesday. For REUTERS and The New York Times