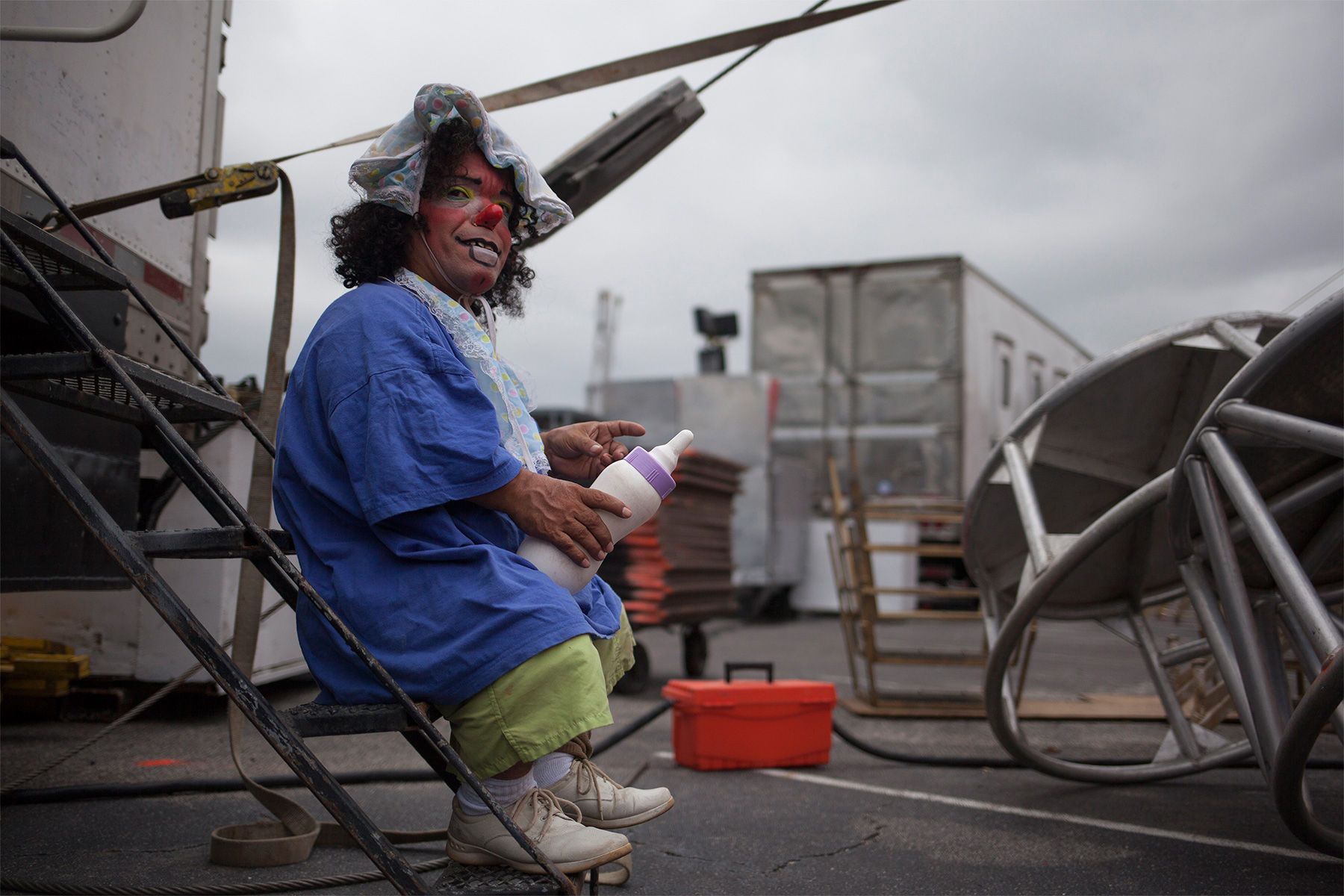 Lolito Castillo, a clown with The Cole Brothers Circus of the Stars, rests between acts backstage on Tuesday afternoon during the early show on September 9, 2014 in Myrtle Beach. The Cole Brothers Circus of the Stars tent city is in town through Thursday on the site of the old Myrtle Square Mall in Myrtle Beach, South Carolina. Traveling circuses such as Cole Brothers, complete with it's traveling big top tent, set up shows all along the East Coast of the United States. Now in its 130th year, the big top travels to100 cities in 20-25 states and they stage 250 shows a year.