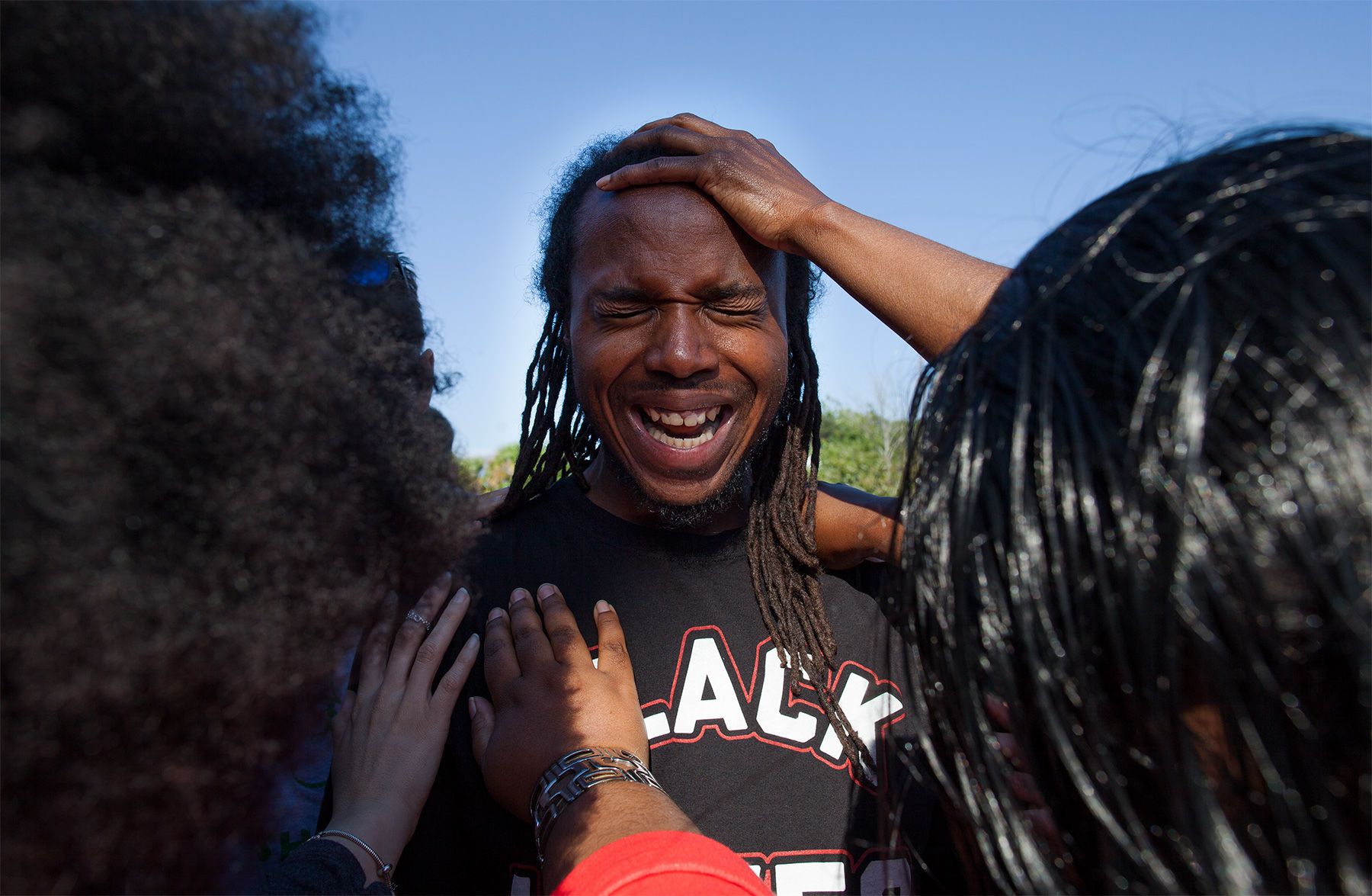 Muhiyidin Moye D'Baha of the Black Lives Matter movement, leads his group in prayer before a press conference demanding a citizen review board in North Charleston, South Carolina April 9, 2015. For the dozens of protesters who descended on the working-class South Carolina city of North Charleston on Wednesday, a bystander's video of a white police officer gunning down Scott was long-awaited confirmation of what many residents have been saying for years. Activists said the footage, showing Officer Michael Slager shooting 50-year-old Walter Scott in the back, is chilling evidence of what they portray as "an atmosphere of racism" that allows African-Americans to be targeted in North Charleston and across the state. REUTERS/Randall Hill