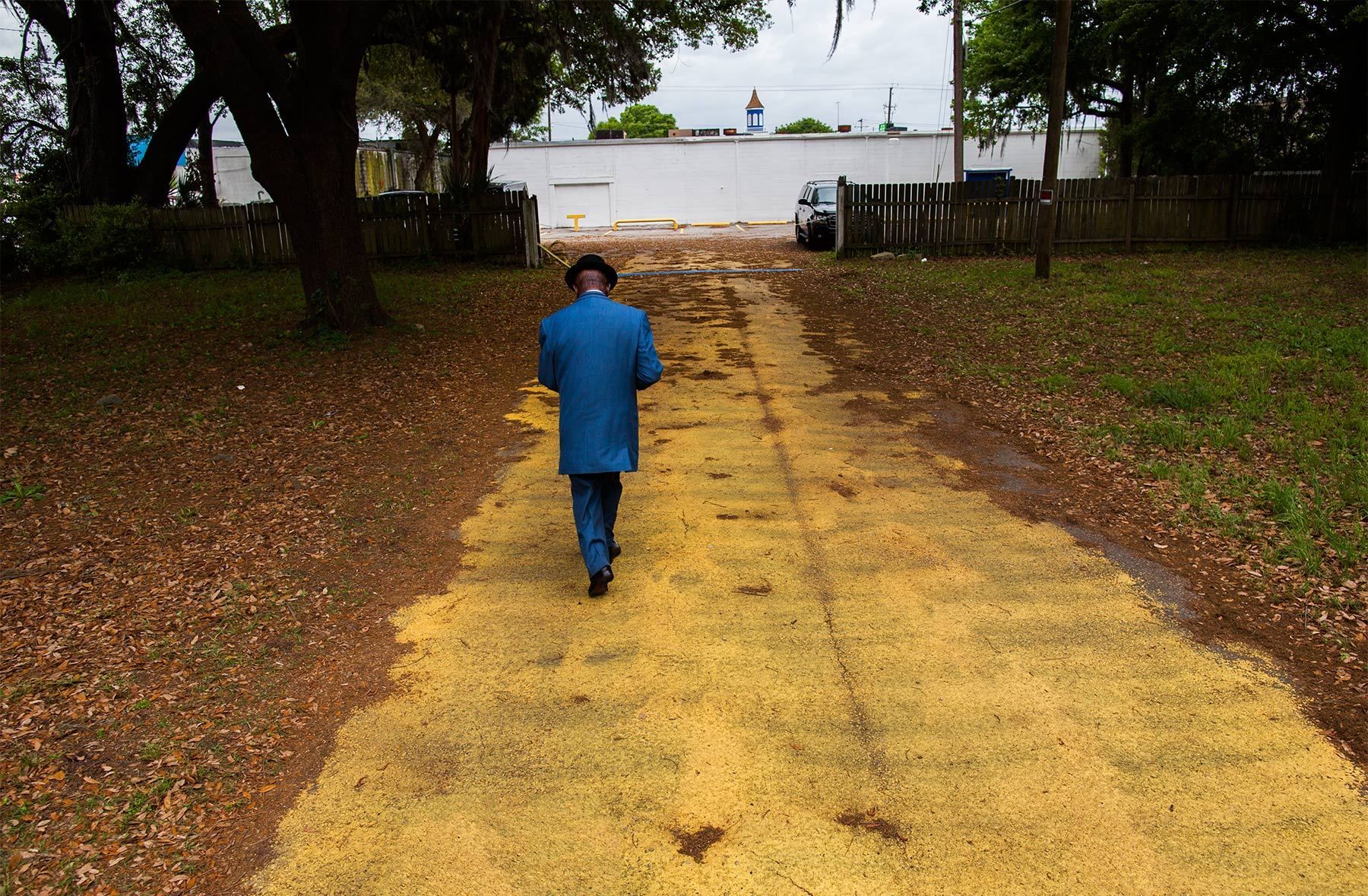 A participant leaves the vigil conducted by civil rights leader Rev. Al Sharpton at the site of the death of Walter Scott in North Charleston, South Carolina, April 12, 2015. Reverend Sharpton on Sunday praised the mayor of a South Carolina town where a white patrolman was charged with murder after the fatal shooting of a black man and said other officers there should face charges. New York-based Sharpton said he hoped the prosecution of the officer, who shot Walter Scott in the back on April 4, would mark a turning point in the United States. The incident was caught on video by a bystander. REUTERS/Randall Hill