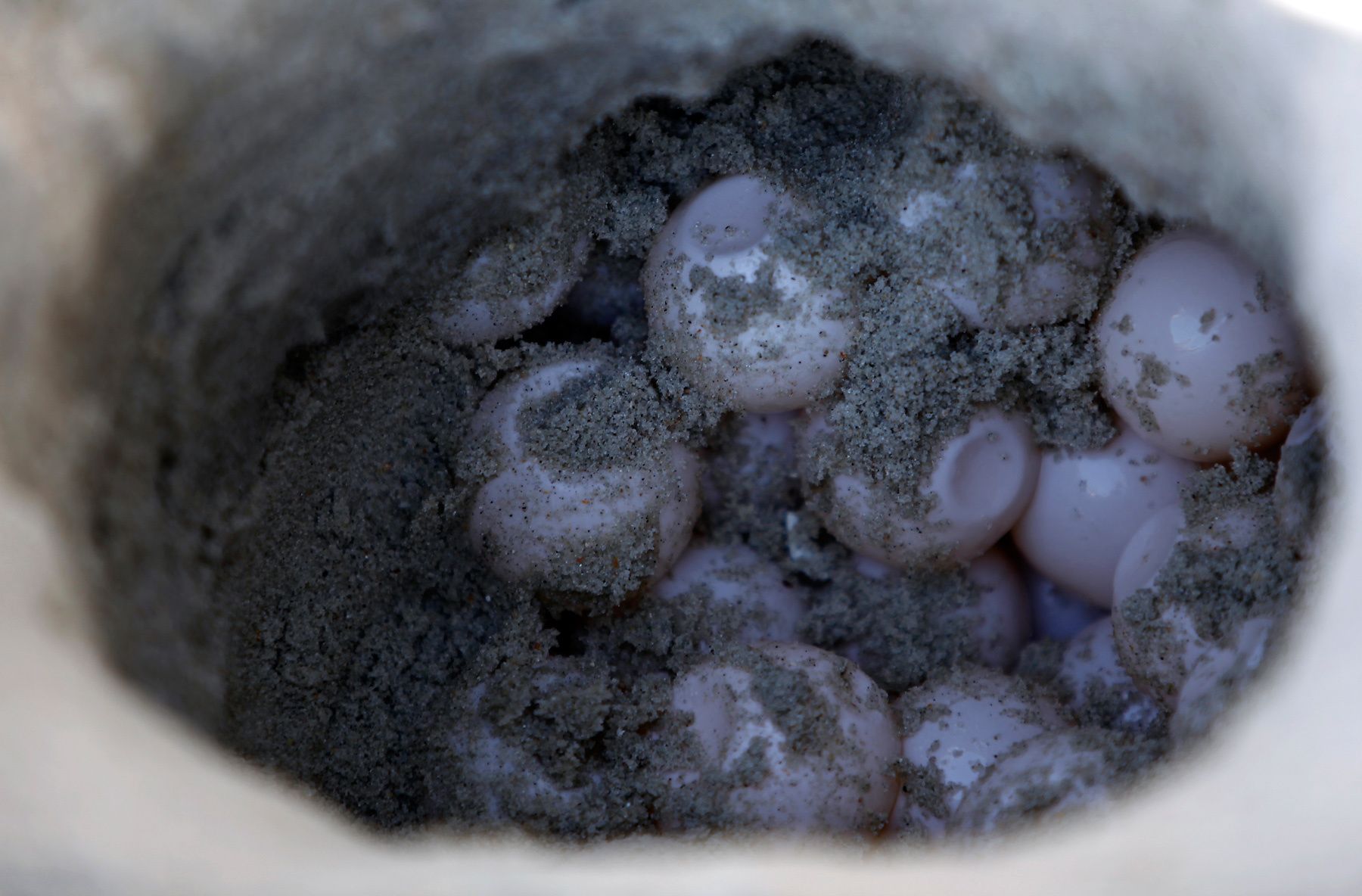 Turtle volunteers with SCUTE (South Carolina United Turtle Enthusiasts) relocate a Loggerhead turtle nest August 9, 2012 on Litchfield Beach along the coast of South Carolina. The volunteers and turtle researchers felt the female turtle laid her eggs too close to the high tide line for the nest to survive. The volunteers carefully removed the 84 eggs and buried them higher in the dunes and out of harms way. Turtle volunteers walk the area's beaches along South Carolina's coast daily during the nesting season, looking for signs of turtle activity and keeping tabs on the progress of the endangered species of turtles that lay their eggs along the coast. REUTERS/Randall Hill (UNITED STATES)