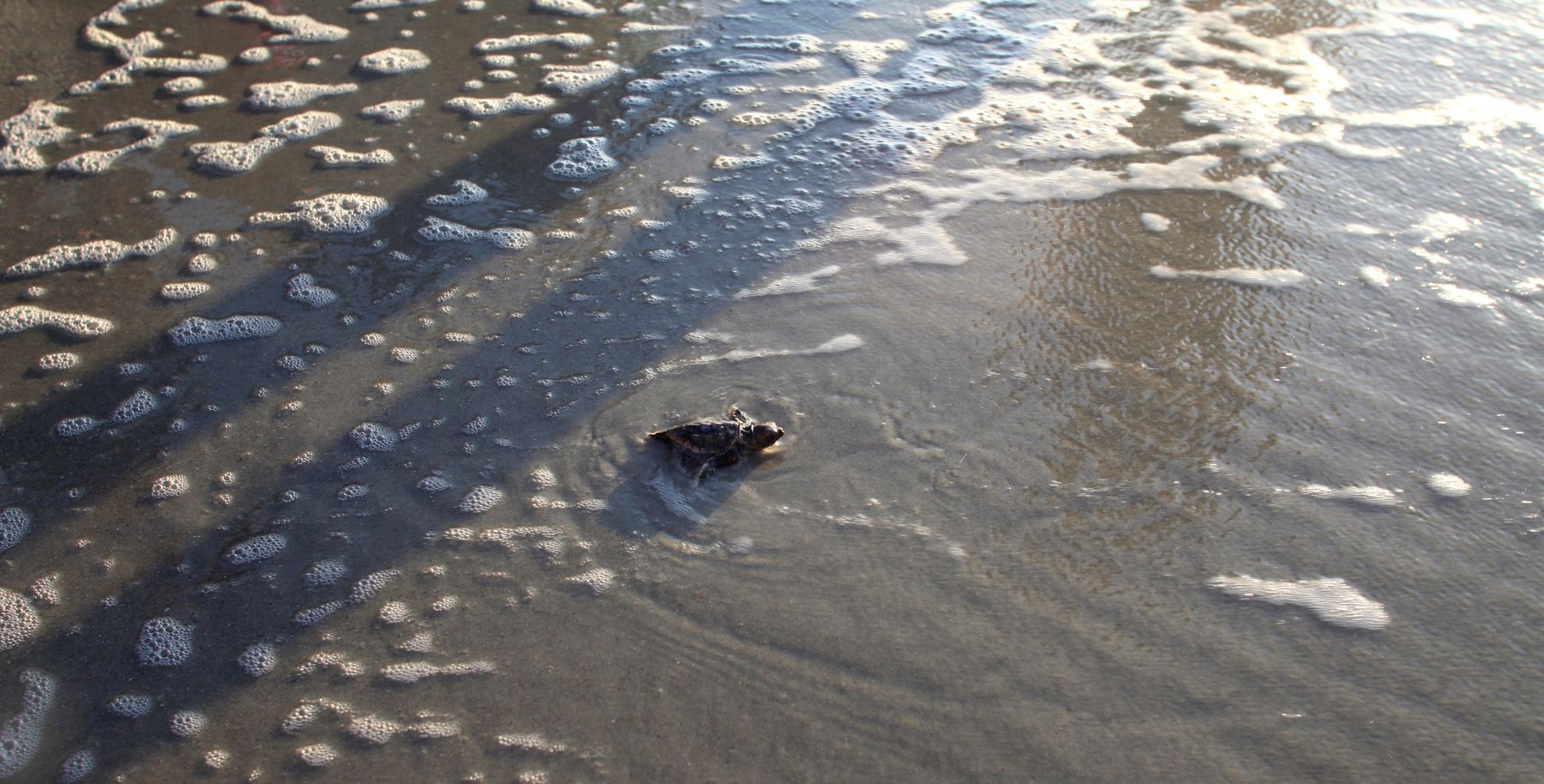 A Loggerhead turtle hatchling makes its way to the surf August 4, 2012 at Myrtle Beach State Park in Myrtle Beach, South Carolina. Nest inventories are taken three days after they hatch and the empty egg shells are categorized and the information is sent to researchers. On this day three live turtles remained in the nest unable to get out on their own. They were released to enthusiastic cheers from those gathered to watch the process. Turtle volunteers walk the area's beaches along South Carolina's coast daily during the nesting season, looking for signs of turtle activity and keeping tabs on the progress of the endangered species of turtles that lay their eggs along the coast. REUTERS/Randall Hill (UNITED STATES)