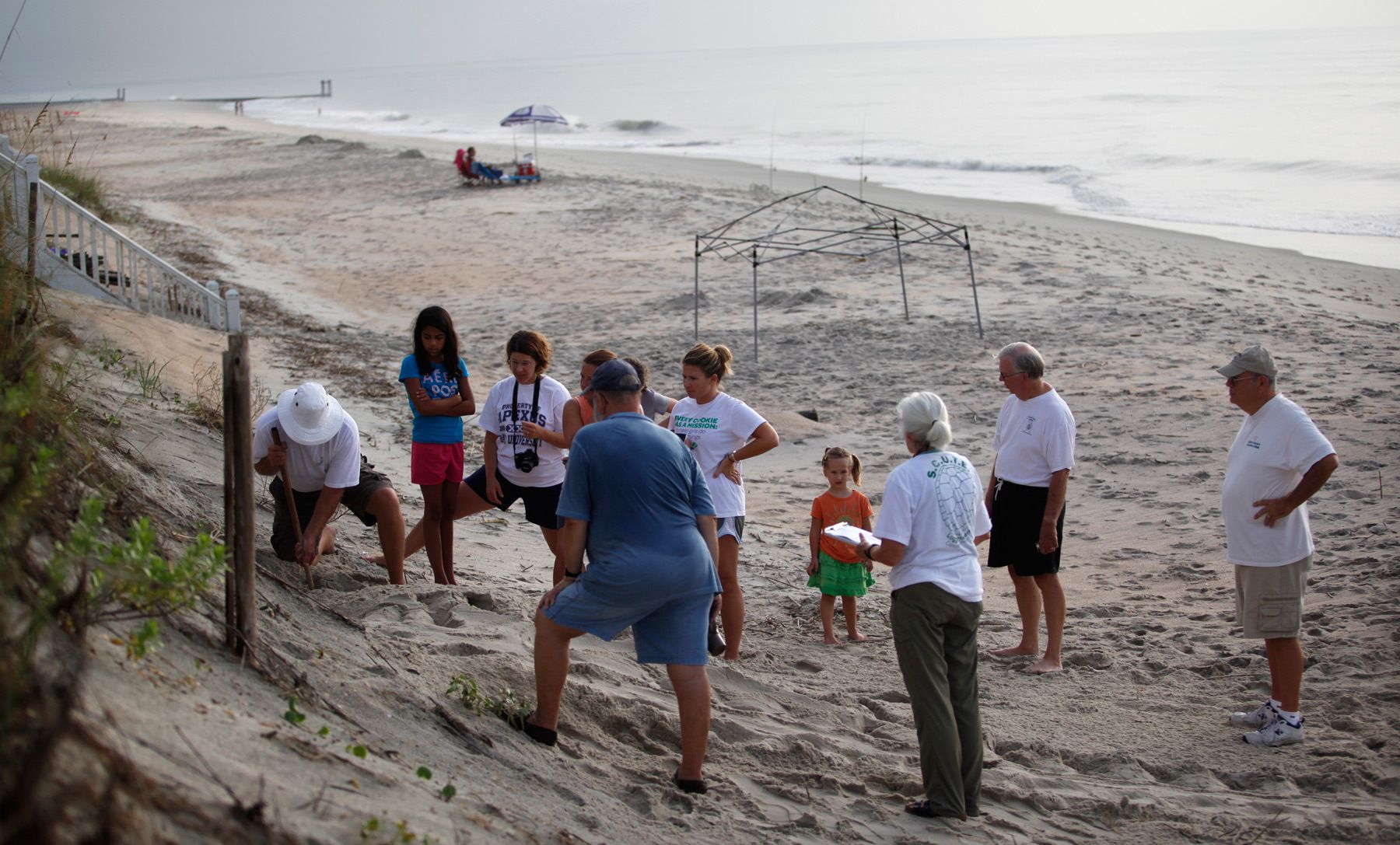 South Carolina United Turtle Enthusiasts (SCUTE), head coordinator and co-founder Jeff McClary probes gently for a Green turtle nest using a cue stick while trying to locate a the nest August 13, 2012 on Garden City Beach, South Carolina. Nest location is difficult and only certified members are allowed to do it. Green turtles are even more endangered than Loggerheads and the group has secured 4 nests on this beach this nesting season. "We started SCUTE to get more hatchlings into the water," he said about the organization. "Instead of sitting back and counting dead turtles, we wanted to maximize live turtles into the enviroment." Turtle volunteers walk the area's beaches along South Carolina's coast daily during the nesting season, looking for signs of turtle activity and keeping tabs on the progress of the endangered species of turtles that lay their eggs along the coast. REUTERS/Randall Hill (UNITED STATES)