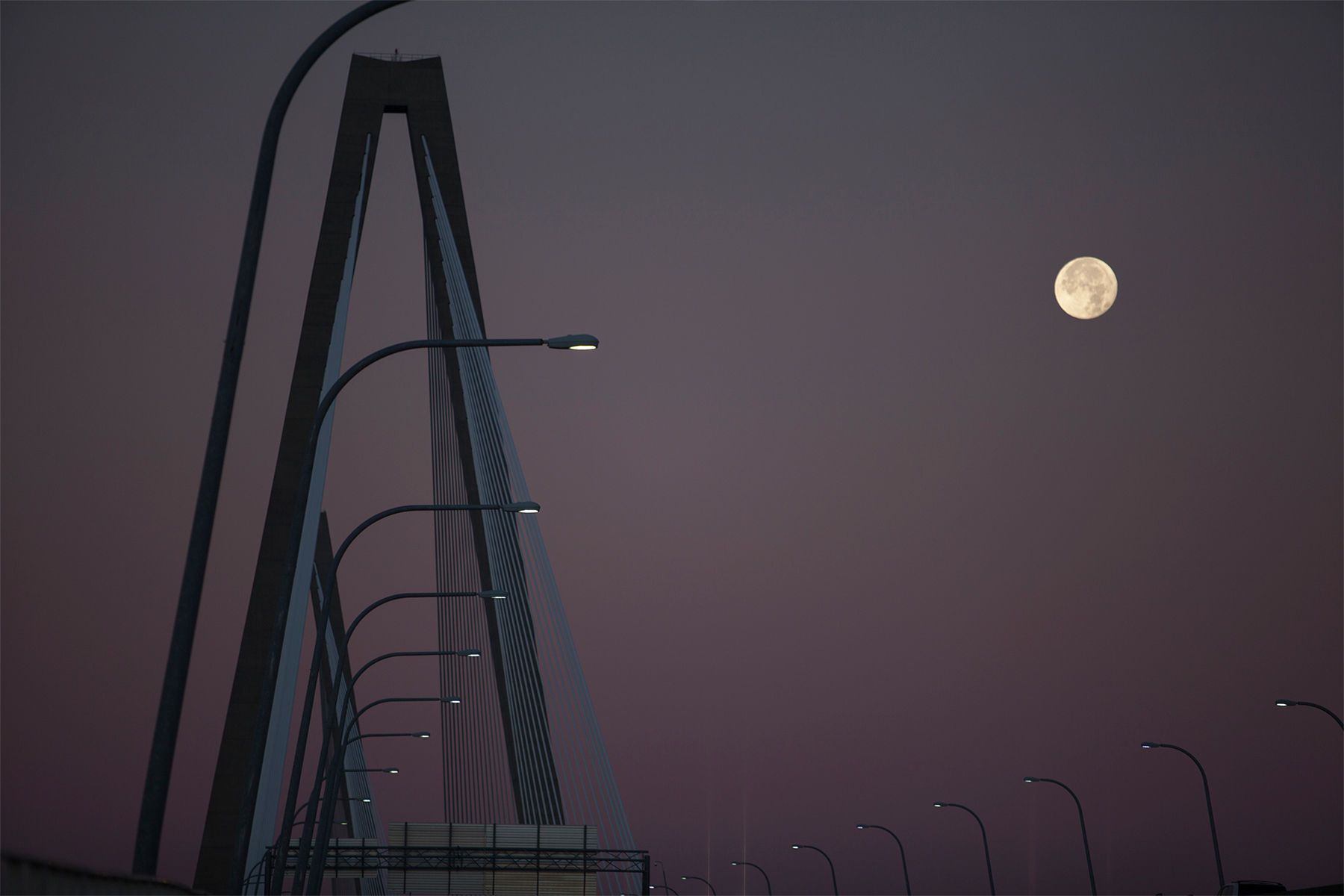 The moon sets over the Arthur Ravenel Jr. Bridge that leads into Charleston, South Carolina on December 18, 2013. Finished in 2005, the bridge has quickly become an iconic image for the historical city. Charleston with a non-union labor force, business friendly government and heavy tax incentives, are luring companies like Boeing to South Carolina. It also helps with Charleston's reputation as a top tourist destinations and a place rich in history and culture. For the third consecutive year, Charleston's been voted the No. 1 city in the United States by Condé Nast Traveler. REUTERS/Randall Hill (UNITED STATES)