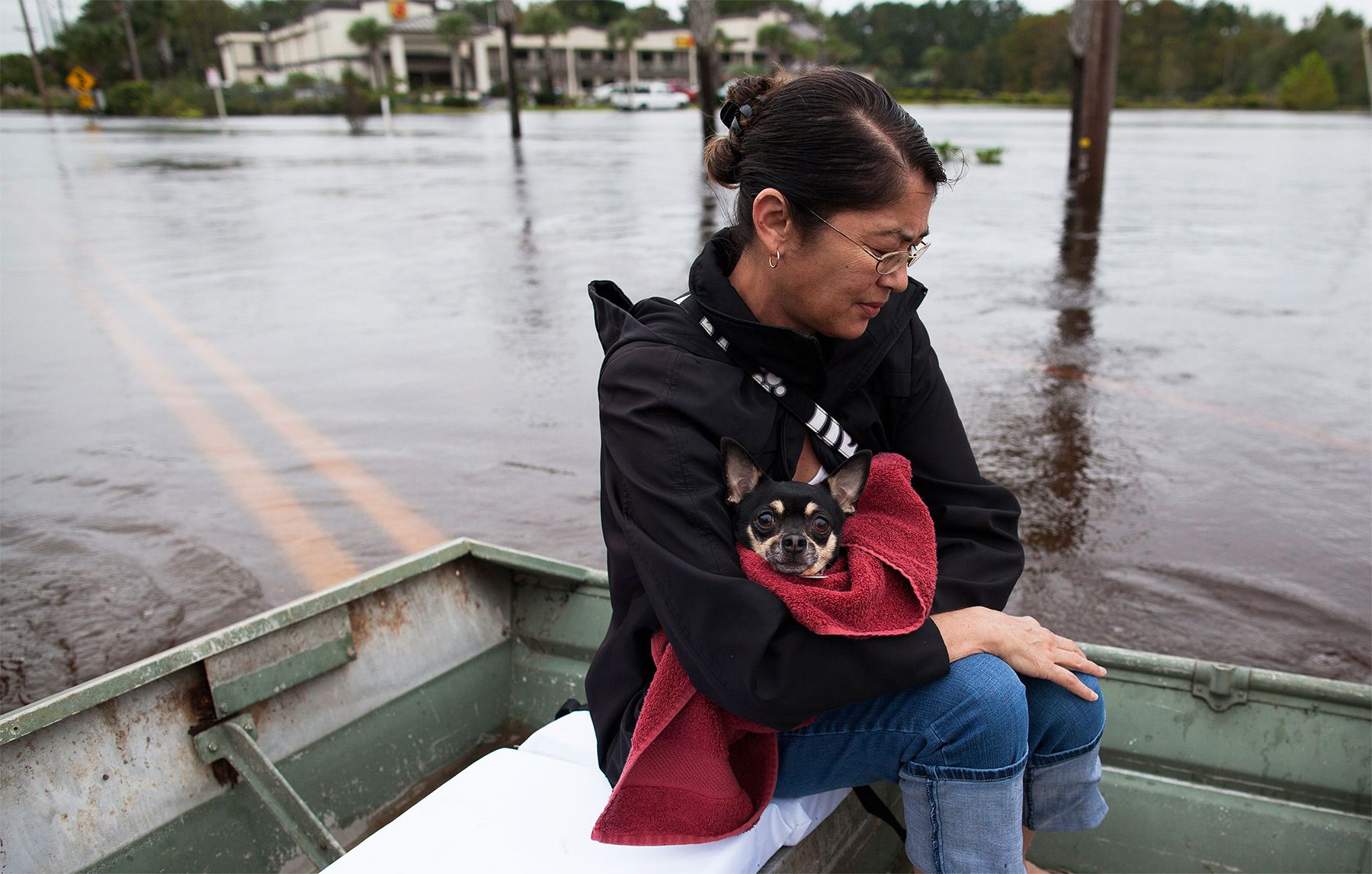 Miki Woodward holds family dog Butch while sitting on a johnboat along Waccamaw Drive in Conway, South Carolina October 6, 2015. The Woodward family came to the landing from their flooded neighborhood to meet daughter Kelly who had been separated from them for a few days because of the floods. Floodwaters from unprecedented rainfall in South Carolina have killed 11 people, closed some 550 roads and bridges and prompted hundreds of rescues of people trapped in homes and cars, officials said on Monday. REUTERS/Randall Hill