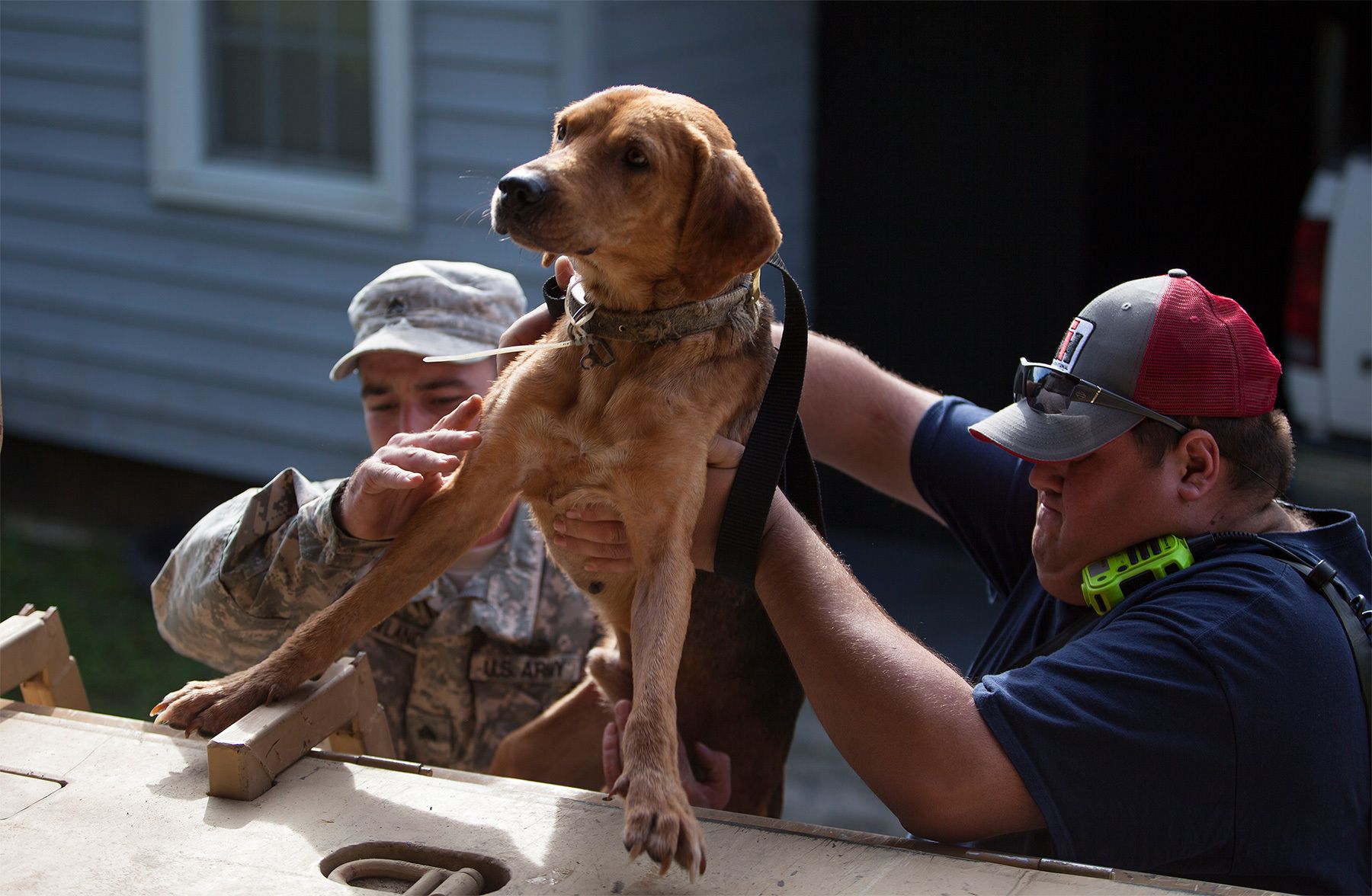 Sgt. William Roland (L) of the SC National Guard and Mason Caudle of the Georgetown Fire Department, rescue a lost dog in Georgetown, South Carolina October 9, 2015. Concerns about additional inundation in four coastal counties and more rain had officials on guard Friday, nine days after a state of emergency was declared because of historic rains that washed out roads, swamped hundreds of homes and killed 17 people in the state. Emergency management officials in several areas were encouraging residents to leave their homes as a precaution as floodwaters flow south into already-swollen rivers and tributaries toward the Atlantic Ocean. REUTERS/Randall Hill