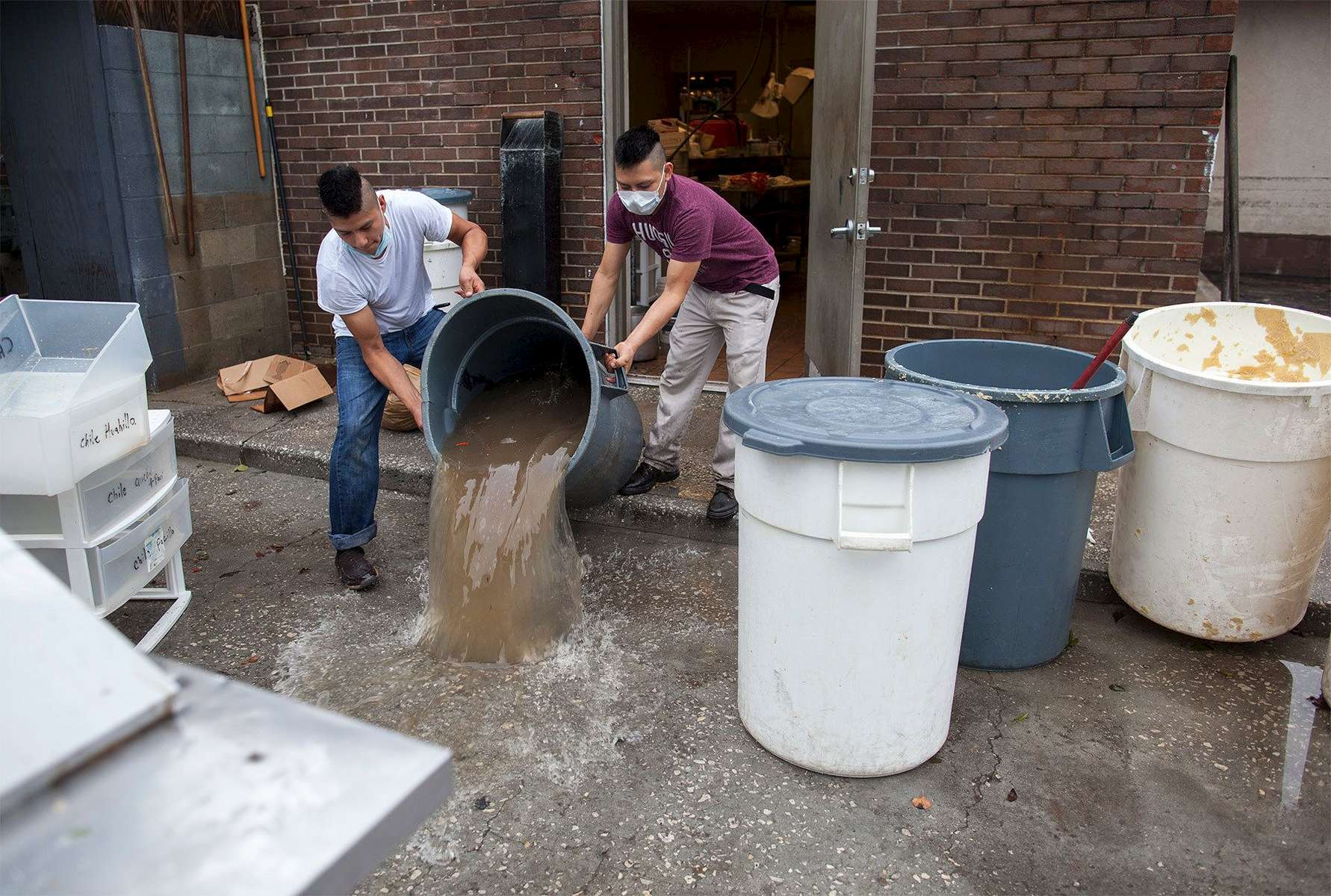 Victor Sanchez (L) and Jose Quino remove flood water from the kitchen area at El Cerro Grande Mexican restaurant in Georgetown, South Carolina October 5, 2015. According to Fernando Morales, the owner of the restaurant, water rose to a level of 4 feet in most areas of the business. Torrential rainfall that South Carolina's governor called a once-in-a-millennium downpour triggered flooding in the southeastern U.S. state on Sunday, causing at least eight deaths in the Carolinas. The storm had dumped more than 20 inches (50 cm) of rain in parts of central South Carolina since Friday, the National Weather Service said. The state climatologist forecast another 2 to 6 inches (5 to 15 cm) through Monday as the rain began to slacken. REUTERS/Randall Hill