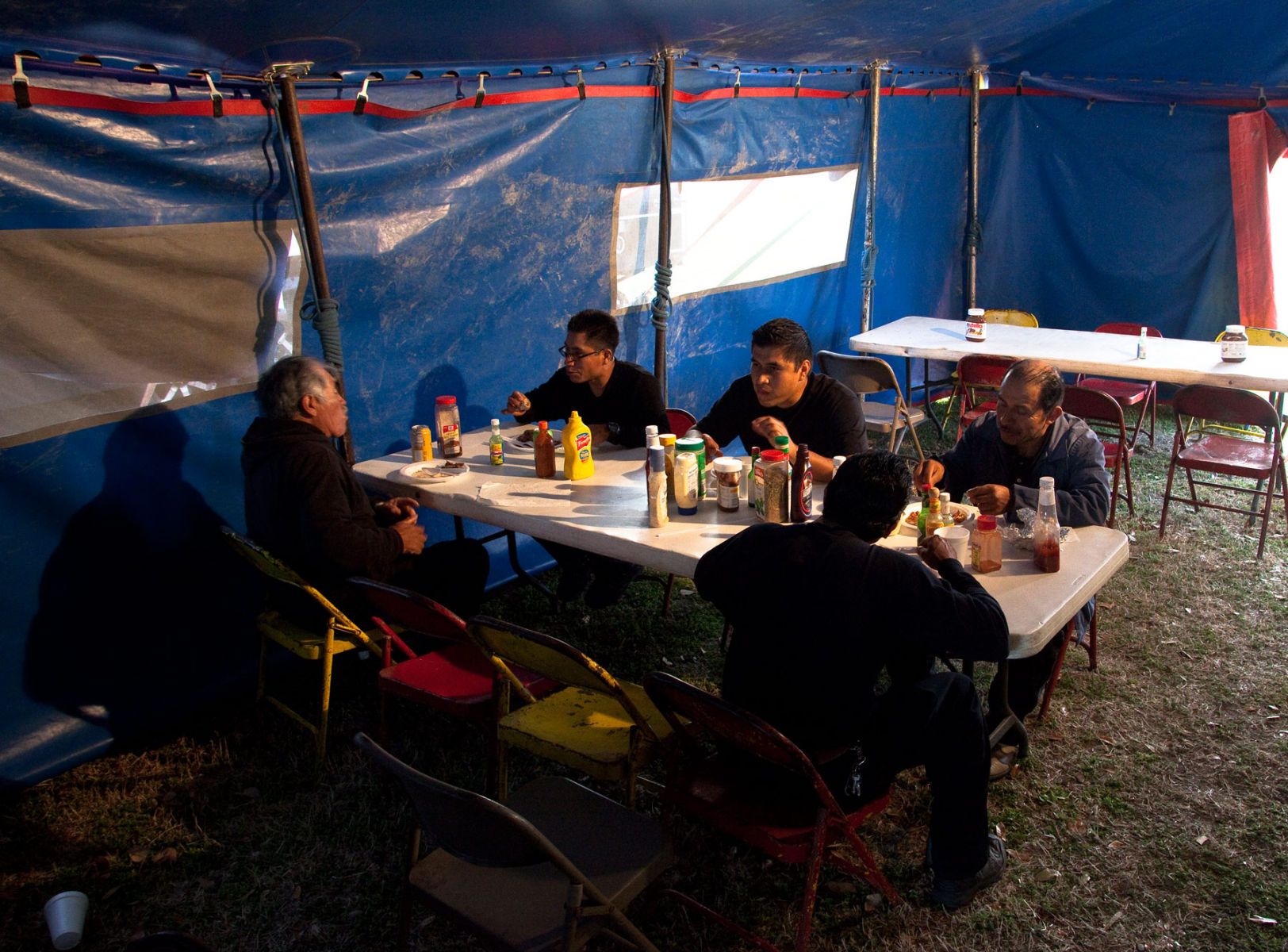 Tent crews grab a bite to eat in the mess tent at Cole Brothers Circus of the Stars during its stop in Myrtle Beach, South Carolina March 31, 2013. The circus prepares 3 meals a day for the 70 workers that travel with the circus. Traveling circuses such as the Cole Brothers Circus of the Stars, complete with it's traveling big top tent, set up their tent city in smaller markets all along the East Coast of the United States as they aim to bring the circus to rural areas. The Cole Brothers Circus, now in its 129th edition, travels to 100 cities in 20-25 states and stages 250 shows a year. REUTERS/Randall Hill (UNITED STATES)